Code Talker: An Exciting Insight to the Life of a Code Talker during WWI 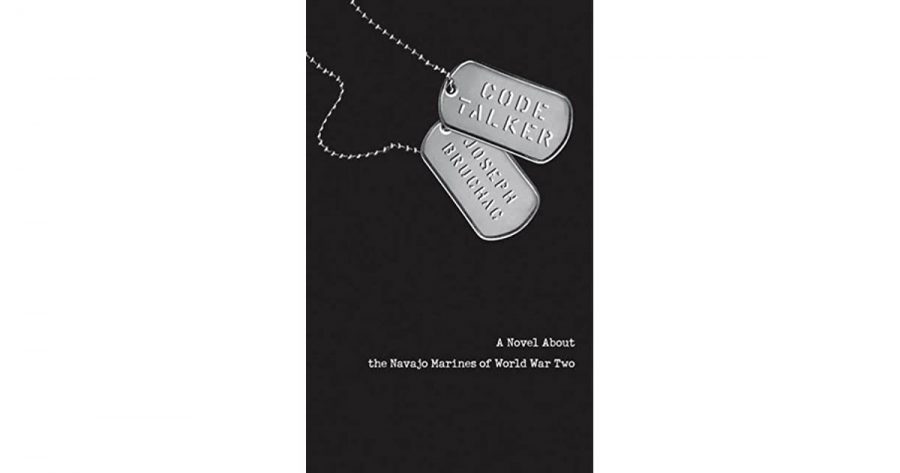 Code Talker, a novel by award-winning author Joseph Bruchac, traces the history of the code talkers through the life of a fictional Navajo character, Kii Yazhi.

Code Talker, a novel by award-winning author Joseph Bruchac, traces the history of the code talkers through the life of a fictional Navajo character, Kii Yazhi. During World War II, code talkers wrote encrypted messages in Navajo—unknown outside the United States, and therefore tough to crack— to convey news between the war front and home command. Although strongly based on historical fact, this book is still easy to read and accessible to anyone and represents how life was at the time. The novel begins with the young Navajo boy, Kii Yazhi, leaving his home to go to an English-speaking school. This is when he is very young so he does not have a choice but he seems reluctant and sad to leave his parents. When he reaches the school, he is stripped of all things that connect him to his roots: his name is changed to Ned Begay and his language and his traditional jewelry are taken from him. In fact, if any of the Navajo children speak anything but English, their mouths are washed with carbolic soap.

Soon after Ned starts high school, World War II begins and he hears about the many attacks that the Japanese are launching, he sees a notice that the army has put out, calling for Navajos, and he joins the Marine corp. After long, hard training with the Marines, Ned finally graduates and is soon sent out to another camp with other Navajos. They find that they have been selected to be code talkers so that when the Americans need to send messages while on the battlefield, Navajos could send them in Navajo code so they couldn’t be cracked. This situation is, of course, ironic as this is the same language they were berated for using. Ned is soon sent to Hawaii for his first mission, followed by multiple missions thereafter. During the war, Ned sees life and death, learns to hope, makes friends, and also realizes that the enemy is also just human. At the end of the war, all the code talkers are forbidden from saying anything about what they did during the war. Despite Ned’s service to his country, he didn’t receive benefits equal to those given to the white Marines.

Finally, twenty-eight years after their service ended, the code talkers are allowed to open up about their role in the war. They are finally recognized—with medals— for their huge contribution to America. The book ends with Ned telling his grandchildren that more than getting praise and medals, he was happy that he could “tell [his] children and grandchildren about the way [their] sacred language helped this country.” I love the fact that we get to see how life really was at the time and how people made huge sacrifices to serve their country.