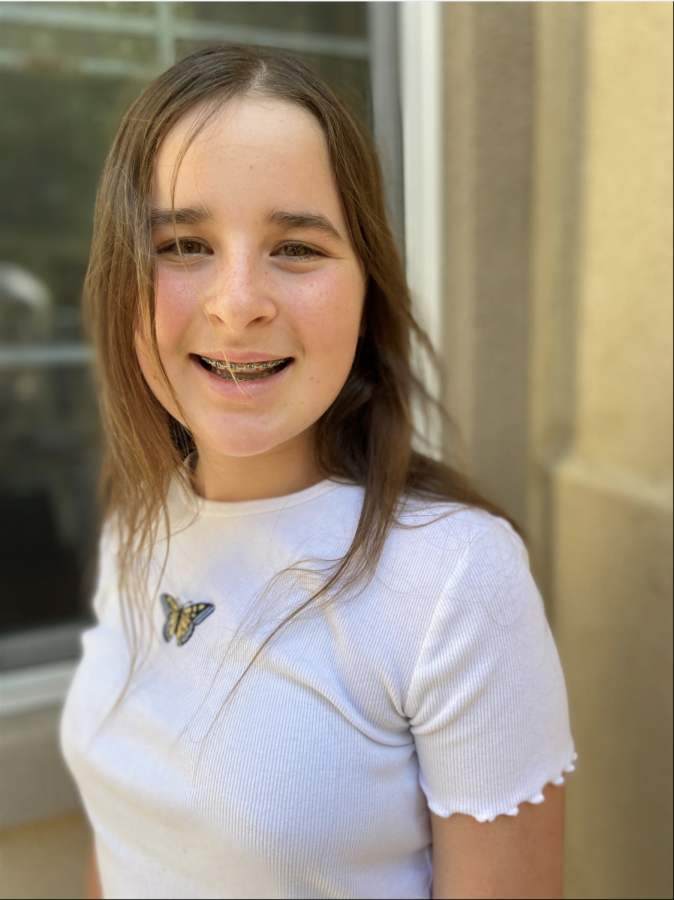 Within the first two weeks of school, Chloe Williams had already run for Student Government Middle School Representative and founded the Future Author’s Club. Chloe is in seventh grade and lives in Southern California.

Despite being brand new to OHS and having no previous experience in student government or clubs, seventh-grader Chloe found the courage to do both of these. Chloe says, “seeing other middle schoolers starting their own clubs was encouraging, it wasn’t just high schoolers doing it.”

Though she was not elected Middle School Representative, Chloe is successfully growing her club every week. When asked how she got the idea for her club, she answered, “I want to be an author and write some sort of book. I feel like a lot of times I don’t have the inspiration to start a new idea. Talking to other authors really helps, it’s very encouraging, so I wanted to make a place for people to talk to each other.” In other words, the Future Author’s Club was made to help budding young authors to overcome the seemingly impossible obstacle of writer’s block.

Chloe wants to let other students who are thinking of proposing their own clubs know that feeling nervous is completely normal. “At first, I was a bit nervous, as there was a requirement to have at least 5 people interested in your club. I was nervous that people would be too busy and wouldn’t have time to join a new club. But in the end, I didn’t need to worry about that, I had 8 people in the beginning, and now we have 12 [members]!” Since the first meeting, the Future Author’s Club membership had, in fact, risen to 17 people. It was evident that Chloe felt a great sense of accomplishment in her club achieving such a success.

At the club’s first meeting, members played a short Kahoot game about various book genres and brainstormed a rough story outline, including a setting, characters, and conflict. At the second meeting, members made a sentence-by-sentence story by taking turns writing one sentence on the whiteboard, with each building off of the previous one to form a story full of surprising twists. One member of the club said, “The club’s environment and goals are clearly set, and the activities are interactive and help me become a better writer through improvisation and analysis.”

Among other group writing exercises, Chloe wants to try to put together a “collaborative collection” of pieces of writing from club members and aims to publish it at the end of the year.

When asked what her favorite book is, Chloe smiled and sighed, saying, “That’s hard to say. I suppose my favorite genre is historical fiction. Maybe Number the Stars [by Lois Lowry]? I can’t really say.” Chloe stated that writing a historical fiction story is very exhausting and time-consuming, as much research into historical accounts and facts must be done in advance. Chloe personally enjoys writing realistic fiction and short stories. Other hobbies of hers include musical theatre, and participating in the Pre-Med Club, Literature Club, Photography Club, and Women in STEM+ Club.

Finally, when asked what she wants people to know if they’re interested in joining the Future Author’s Club, Chloe thoughtfully responded,  “I want all members of the club to have a positive experience, and to feel like they have accomplished something themselves. Perhaps they were inspired to write their own short story or poem, or whatever else they want to create.”

So, whether you’ve hit writer’s block, want to start exploring the world of poetry or just want to hear some cool pieces of writing from other OHS students, join the Future Author’s Club! Go to the Student Community and Resources Canvas page, and find the Future Author’s club under the list of clubs and circles. There you’ll find the Skype group and Chloe’s contacts.