How To Hack Your Memory 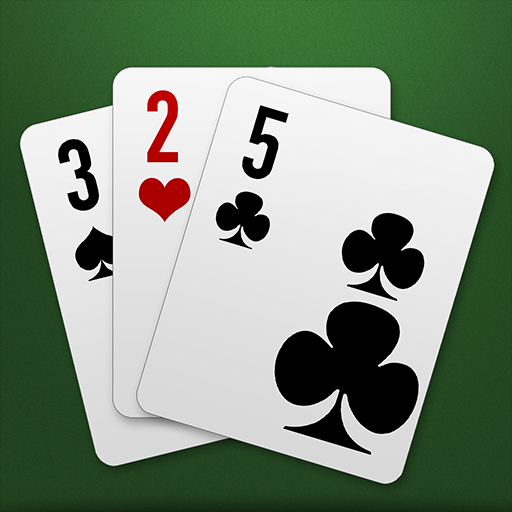 Memory. This is an aspect of life that most of us dread. Whether it be forgetting to turn off the stove before leaving the house, forgetting a friend’s birthday, or forgetting formulas for an upcoming math test, a bad memory can lead to embarrassing situations, so it’s important to not let this happen. As Socrates wisely put it, “there is no learning without remembering.” But, if memorization is important, then why do some of us still struggle with it? The simple answer is that we lack practice and technique. If you asked someone to memorize the string of random letters PCUEBNIKGYMNPJSL quickly, most would take over half a minute (feel free to time yourself). However, not to fear because memorizing something like this becomes easy with the right techniques. Let’s explore some techniques.

Useful when needed to memorize something quickly.

Does not work well with large amounts of information.

Most of us have been in the following situation: it was required to memorize a phone number, so we repeated the digits over and over out loud. This audible repetition is one of the most fundamental ways to memorize something (it’s like a slogan almost). Going back to the 16 letter example we could use audio to memorize by breaking the string of letters into pieces and inserting vowels or consonants where it makes sense: PoCUE BaNIK GYMNast PaJaSaL. While most of these “words” are not real words, they can nonetheless be helpful if repeated multiple times, since your brain will start to remember which letters are the important ones, and which ones are just fillers to make the pronunciation smoother. Again, audio memorization is very useful when you need to memorize something quickly.

Good for memorizing medium amounts of information, about 20-50 letters.

Sentences are often hard to recall across long periods of time. They also may be wordy and incoherent if the method is not used properly.

For example, using this technique on our 16 letter example above, we could transform it into the following incoherent sentence with real words: PaCman UsEd BiN IKea GYMNast PaJama SaLly. We would then try to make a story out of these words which would look something like this: PaCman UsEd a BiN to enter IKea where it saw a GYMNast wearing PaJamas and her name was SaLly. This is similar to audio memorization in some ways, except it is more fleshed out, and by turning a list of objects into a story as opposed to a slogan, it has a much better flow and can thus be used to memorize slightly larger quantities of information.

One of the most powerful memory techniques.
Allows for surprisingly accurate retrieval of information from memory across extended periods of time.
Good for large amounts of information, 50+ letters.

It is a bit slower to implement than the previous two techniques, and requires more work to master.
The translation process from letters/digits->objects->placing objects in a “room”->going to the room->looking at the object->converting it back to letters/digits can be difficult, but once mastered, it is incredibly rewarding.

Before we get into technique 3, we have to understand something about memory. The thing is that our spatial memory is much stronger than our memory for abstract things like numbers, letters, or formulas. This makes sense from an evolutionary standpoint because our early ancestors had little need to remember dates or phone numbers. What they did need to remember were things like what times of the year were best to plant crops, what plants were edible, and whether it was time to migrate south or not.

To put into perspective just how strong our spatial memory is, try to remember your daily commute. It might look something like this: take a left at the divider, take the second exit at the roundabout, take a left at the elementary school, pass the gas station, enter the highway ramp, pass the Starbucks, take exit 193, then take a right at the dentistry (this is a road I still remember even after not taking it for over 3 years). The point is that your daily commute can be recalled with very little effort, and even the small details can be recalled, if you bring a little more awareness to your surroundings. Having an environment like this imagined in your mind is how Roman Rooms works. Let me walk you through how it’s done. Typically, beginners should select the house they live in as their “environment,” however keep in mind that many things work as your “environment” such as houses, schools, workplaces, routes, and even locations in 3-Dimensional video games. The simple idea involves visualizing in your mind’s eye the layout of your environment, and key objects in your environment. For example, you might imagine a bedroom in your house that has a desk with a computer, a bookcase, a bed, and a couch in clockwise order. Remember the letters PCUEBNIKGYMNPJSL? They were randomly generated. The first thing you need to do when using the Roman Rooms technique is to break the string down into pairs like so: PC-UE-BN-IK-GY-MN-PJ-SL. The next step is to go pair-by-pair and convert the letter pairs into objects and place them in physical locations around your selected environment. For example, I would imagine my work room like this looking from left to right in my mind’s eye: A Personal Computer by the window, a University of Evansville poster hanging on the window, and since the next key object in my room is a bookcase, I will place a Barnes & Noble classic book inside the bookcase, an IcKy GYroscope on top of the desk, and finally a MaN in PaJamas aiming a SLingshot out of the other window in my room. Just using one room in my house, we were able to store about 16 letters, and usually you can optimize your rooms to store about 20 letters.

When using the method of Roman Rooms, there are a few things to keep in mind. The first is that the more familiar you are with your selected environment, the easier recall will be. It’s important for your “room” to be familiar because placing unfamiliar objects in familiar spaces works wonders for memory. Another thing to keep in mind is that it is important to space out your objects: don’t put them all in a line, make sure to put them in places that are representative of their character, like how I had a poster hanging on my window and a gyroscope on top of a desk. However, everyone’s brain works differently, so you will need to experiment on your own to see what works best for yourself. For example, a rule I’ve made for myself is to try to make the important letters in each object appear as close as possible to the beginning of the word. So for CA, I find CAt preferable to CompAre since the important letters occur earlier, it’s a shorter word, and it’s also a much easier object to visualize. If your first object is Lasso and the next object is Cowboy, you should imagine a cowboy that is lassoed, however if your first object is Cowboy, and the second object is Lasso, you can imagine the Cowboy lassoing your next object.

A method to enhance memory that requires comparatively little effort is introducing new foods in your diet. There are several foods that improve your memory including “walnuts, green tea, blueberries, fish, whole grains, olive oil, etc. – often referred to as the Mediterranean diet.”

Green tea has been demonstrated to lead to enhanced activity in the brain’s prefrontal cortex. “Fish, walnuts, pumpkin seeds, oysters are all excellent sources of Omega-3s, which lowers risk of dementia and Alzheimer’s by as much as 47%” according to Schaefer et al. So, during this final exam season here at OHS, consider these foods as an option to boost your performance.

As a final word, keep in mind that memory is a skill, much like piano or basketball or gardening: the more you practice, the better you get. While it’s rare in life that one has to quickly memorize 100 digits of pi, or the order of a deck of cards, a good memory can help one to become a more perceptive and aware individual. For instance, do you remember the suits or ranks of the three cards pictured in the photo for this article? Being more aware can help us in life, when we don’t have people to fall back on. In this world, something as simple as remembering a suspect’s hair color could make the difference between a just or unjust imprisonment, which is why all of us should strive to increase our awareness.