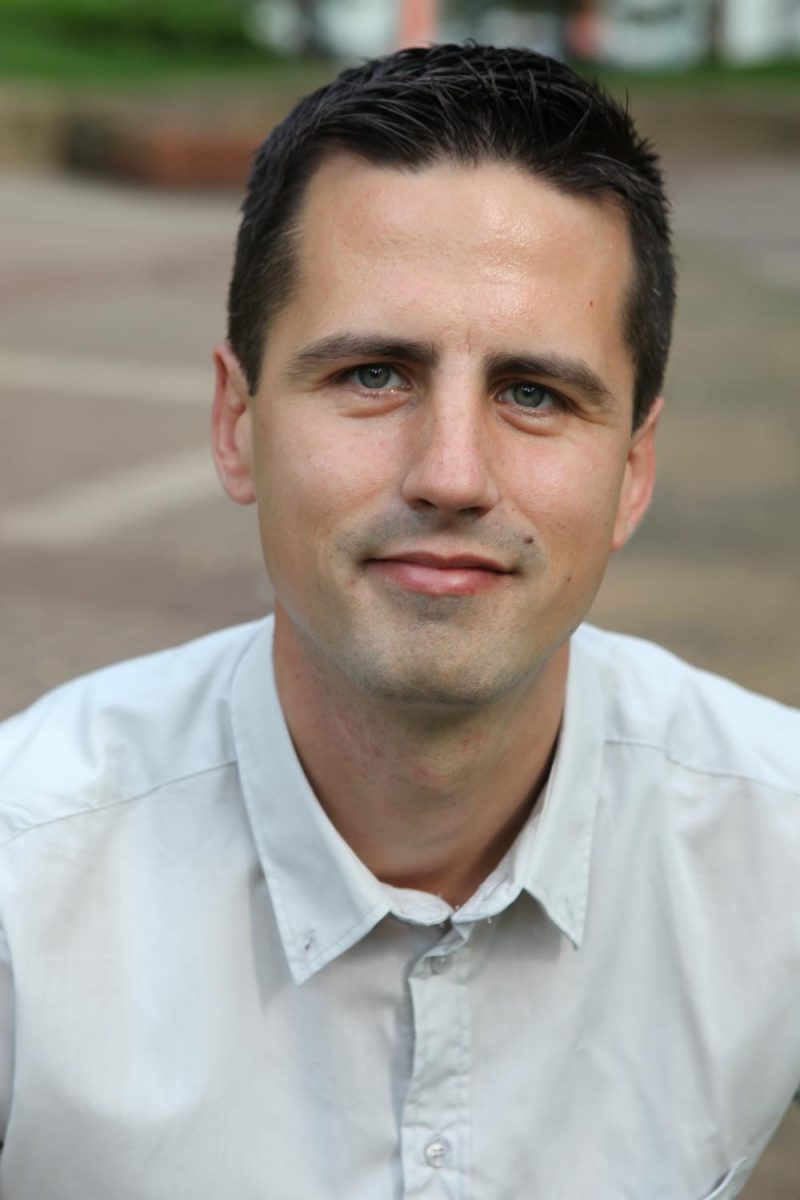 He’s been to prison many times, but don’t worry, he was only there to teach literature. Helping the inmates there get a quality education, Thomas Hendrickson taught at San Quentin State Prison while he was a student at UC Berkeley and talked about literature with the men serving their time at the prison. Now, Dr. Hendrickson is a new teacher at OHS. He currently teaches Latin 1 and Fundamentals of Literary Analysis (JE002).

He spent the last year of his Ph.D. and the first year after in Italy. Spending two years in Rome and Pisa really shaped the rest of his scholarly and teaching career.

“It was a really extraordinary experience,” Dr. Hendrickson recalled.

After his time in Italy, Dr. Hendrickson came back to the United States to teach post-secondary level Latin, Greek and English at Dartmouth University in New Hampshire. He has also taught at Furman University in South Carolina.

When asked why he became a teacher, Dr. Hendrickson responded that he has always had a “love for learning and great satisfaction in discovering new things.” He wants to pass on the things he has learned to his students as well as be their mentor on their journey to learn and discover new things just like he did.

Among the many teaching jobs Dr. Hendrickson has had, his most unique experience was teaching literature at San Quentin State Prison. While a student at Berkeley, he taught literature to inmates at the prison so that they could earn their associate’s degree.

While a normal teacher just has to unlock his classroom door or open an Adobe Connect room at the OHS, Dr. Hendrickson had to go through hours of checkpoints and searches before he could even get into the classroom.

“I had to sign something that said I agreed they wouldn’t negotiate for me if I got held hostage,” he recalled.

Overall, though, he remembers it as a really great experience. “The inmates needed to work really hard to prove that they were at the community college level.” Many of them hadn’t finished high school or even had any high school education at all. But he remembers the men he taught as dedicated and hard-working.

When reflecting on the experience Dr. Hendrickson says, “It’s really important as a way to keep your humanity. That’s one thing that all the inmates really struggled with. You live in a cage, which is I think very hard on people, so reading literature and talking about it and thinking about it is one of those ways to be in communication with the larger human race. I think that meant a lot.”

Dr. Hendrickson first heard about the OHS from friends and acquaintances in college. He thought it was a unique space and type of program, but what really drew him here was hearing about the students at the OHS. Intrigued by having students from all over the country and the world, Dr. Hendrickson praised how they are united by their love of learning, a passion for making their own way and the following of their individual interests.

As a full-time teacher at the OHS, Dr. Hendrickson tries to foster “a sense of intellectual community” for his students in Latin and English. His goal is for his students to not only be engaged in discussion, but also kind and courteous at the same time. Understanding how daunting it can be to become vulnerable online, Dr. Hendrickson appreciates when his students are able to discuss, disagree and put themselves out there in the online classroom.

For his English students, he says to always “be talking back to the text.” It is important to write as you read and be active in the text. Being active can mean many things, whether that be jotting down questions or comments in the margins or responding with snarky comments, jokes and pictures.“It brings you into conversation with the text,” he found of this reading technique.

For his Latin students, he compares it to going to the gym. “If you try to work out once a month for 24 straight hours, you’re just going to kill yourself and not make any progress. It’s the same in a way with Latin.” He wants students to realize the importance of working on at least a little Latin each day. Work on a little bit at a time consistently instead of studying for hours only once in a while.

As for the upcoming school year, Dr. Hendrickson is “thrilled to be here. I’m just a month in, and I feel like I’m still getting my bearings in a way, but it’s a thrilling time and I look forward to the future.”