A Talk With Chloe Tsang: The Refugee Crisis, Leadership, and Privilege 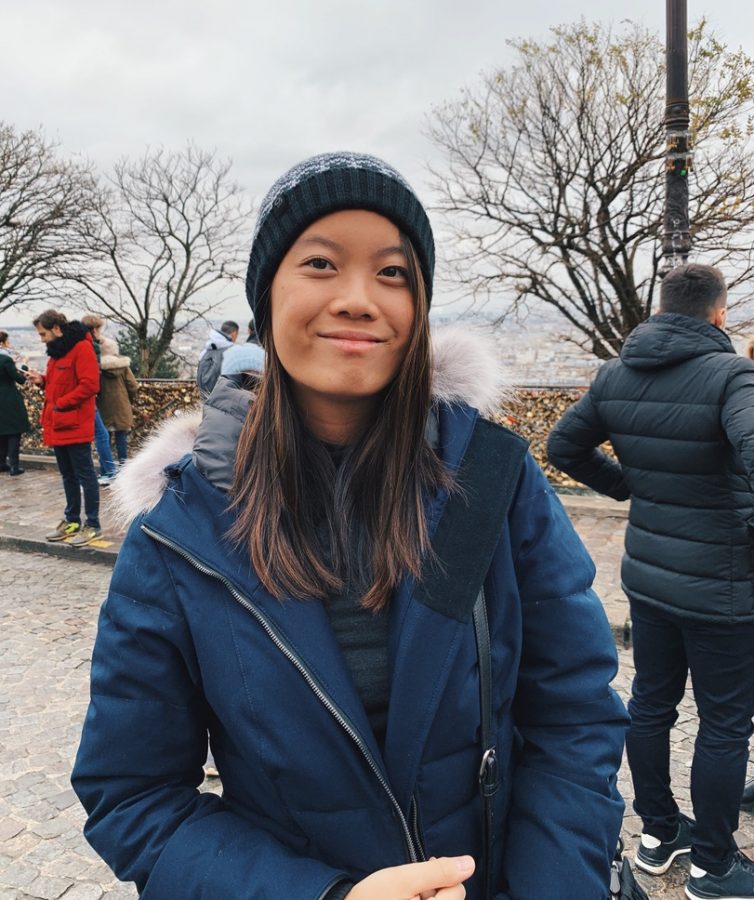 The refugee crisis: It’s an issue that occasionally pops up on national headlines but often stays in the periphery of our day-to-day activities. The plight of refugees often seems isolated and very distant from our daily lives as students, but when Chloe Tsang was brought face to face with this very real predicament, she couldn’t turn a blind eye and walk away without doing something to help.

Chloe Isabella Tsang, ‘21, founded the United Nations High Commissioner for Refugee (UNHCR) Club here at OHS a year ago when she saw the refugee crisis first hand. An international competitive tennis player, Chloe had been traveling for tournaments from age 10. Although she spent most of her time either on the court or in an airport, her journeys around the world exposed her to the varieties of classes surrounding her. “I saw the most extreme of poverty, and the most extreme of wealth,” Tsang said. “And from my travels, that’s how I was awakened to what my world is like.”

Chloe’s first step to help was to start a fundraiser for the International Rescue Committee (IRC). “I was earning money on the tour and everything, I didn’t have a purpose for it really. I’m privileged to have the privilege that I do, to be in the position that I am. I have more than I need, and am very thankful to be in that opportunity to do that,” said Chloe. “So with the money that I was earning, and having the stable support that I had to do what I’m doing … I was able to donate all of the funds that I was earning from my competitions on tour…towards the refugee crisis.” After donating her tournament prize money, Chloe also spread awareness in her community to raise over $10,000 for the cause within a year. But Chloe couldn’t stop there – she decided to make this more real by starting a club at her school, where she could help educate her fellow peers on this crisis that not many paid attention to.

On a whim, Chloe decided to email the UNHCR committee. She never expected them to even reply, saying, “I just was very unsure and also not confident they’re going to reply because it’s like, you know, you send a message to the President, you don’t expect a reply. So I started the club and emailed them. And I was like, “Alright, they probably won’t respond, but might as well give it a shot.” Little did I know, a day or two later, they replied, and they’re like, “Yeah, we’d be really excited to do something with you and collaborate, we’d love to meet you.’” After meeting officials in her local Hong Kong sub-operation, Chloe was ready to start her club with the official backing of the UNHCR.

So what is the UNHCR club, and what do they do at OHS? Chloe explains that while the club mainly advocates for the refugee crisis under UNHCR, the mission of the club is aimed at simply “getting students engaged in advocacy and activism [and] being supportive of humanitarian crises”. Although volunteering poses a problem with OHS students scattered around the globe, Chloe had a plan for this as well. “The first step to anything is to understand why you’re doing it, having the empathy and the understanding of doing what you do, because the work in the humanitarian field, it’s not easy, and it requires heart,” said Chloe. “And so the first thing that we try to do before getting into all [the] activities is cultivating understanding [and] empathy… by cultivating this understanding and empathy, we get students to understand and learn about what they’re really advocating for. And that’s for anything humanitarian related, not just for the UNHCR.” Using materials such as leaflets and reading materials provided by the UNHCR, the fall semester at the club is an educational chapter to teach members about issues that they otherwise would not have known about.

The spring semester brings a series of activities, ranging from a schoolwide T-Shirt competition, where students can submit creative T-Shirt designs on humanitarian causes and raise donation funds and awareness, to the 2 Billion Kilometers to Safety campaign, in which OHSers can keep their body active while supporting refugees by walking two billion kilometers to think about how refugees spend so much of their time walking from place to place. Most notably, however, the UNHCR club runs a podcast known as the Blurred Box in which Chloe, along with co-vice presidents Pooja Kalyan and Sophie Mansoor and co-host Andrew Cramer from Trinity School in NYC, discuss a variety of topics from global humanitarian issues to life at OHS. According to Pooja, Sophie, and the club faculty sponsor Dr. Kathleen Washburn from the English division, each of these projects brings out different qualities in Chloe’s leadership.

The T-Shirt competition, Pooja explains, “was the first thing that Chloe and us as a group came up with to get the school involved…[The competition] was super fun for us to as a team get to decide who was the winner but also to see the designs. …The [students] who decided to participate really took time and interest to make designs that they felt represented humanitarian efforts… so I thought that was something that really also brought us together as a team and as club leaders”.  Pooja adds, “I saw [Chloe] as someone who’s very organized and very creative as a club leader, which made it a lot more fun”. Dr. Washburn adds, “Chloe was smart to do [the T-Shirt Design Competition], [since] not everyone can come to the meeting every week or every other week, but they might be interested and want to be involved in some way”.

On the 2 Billion Kilometers to Safety Campaign, Sophie says, “It’s similar to putting yourself in someone’s shoes. Refugees walk so much to go to another place and build up their new home. So we wanted to show that to people to exercise, be good in their physical health for a cause.” Dr. Washburn also explains that this campaign “was a really powerful way that Chloe was thinking about all the walking you do – before the lockdown – and all the steps you take in a given day – before we were all home – and relating it to this larger issue.”

The Blurred Box podcast is a favorite of the co-vice presidents, who both agree that the podcast is an experience they would never want to replace. Podcasts sound like a great idea, but starting one takes a lot more work than expected. Sophie narrates that “in the beginning, Chloe found guests, prepared for episodes, [and] made sure we were all on track and we had the topic. So honestly, [I’m] so grateful to have a club leader like her… Working with Chloe, Pooja, Haven, and now Andrew, it’s been a great ride. And they’re all amazing people that can give such valuable insight and put so much effort, so it’s been fun.” Pooja also adds that Chloe “actually led the first few [episodes]… Even though it was more of a discussion, she was the one who helped us get through the discussions, timing-wise, and she did a lot of the editing, so that’s how I knew she was very dedicated to what she did … Seeing how dedicated and passionate she was about starting the podcast and getting us involved in it too was great.”

Even beyond the activities, the UNHCR club and Chloe’s leadership has left a lasting impact on members. “I think leadership is basically fostering an environment that your team members can grow in and I think that’s what Chloe’s done,” says Sophie. “What Chloe did was foster this environment where we can speak our minds and yet it’s a supportive environment so if we mess up, it’s fine, we’re human, just continue doing what you do and continue fighting for what you have, what you’re passionate about.” Pooja adds, “Before joining the UNHCR club, I really didn’t have too much of an idea about the situation that was facing refugees, and I was never really exposed to that.” But at the club, Pooja explains, “We learned a lot about refugees and how we protect refugees, where they stay when they evacuate their home country, things like that that I didn’t know about.” Dr. Washburn teasingly says of her role as faculty sponsor, “Normally, there might be a whole list of things that I would say I do as faculty sponsor. To be honest, with Chloe in charge, I really open the meeting room, that’s about it.” Later, Dr. Washburn adds, laughing, “I can’t believe my job is to say, ‘Please don’t get up at 4 am to work on an OHS project’, but it is.”

As final words to the OHS student body, Chloe would say, “Join our club to give back to your community for the privilege that you hold. And I don’t want to say it like it’s your responsibility to, but it kinda is as well. Because given the opportunities that you have, and everything that has aligned for you in life, I think it’s your responsibility to help those that can at least. Advocate for humanity, I would say. Join our club and advocate for humanity and give back to those that you can because you can.”