Why are There So Many Ballerinas at OHS? 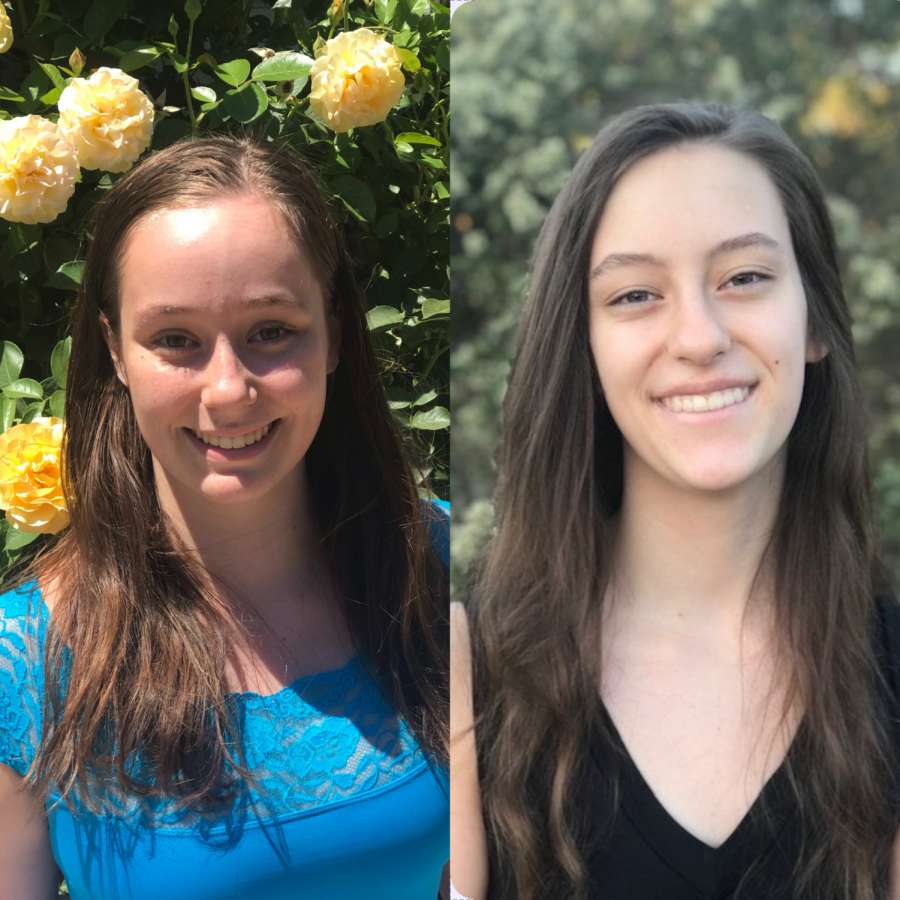 As a new student and freshman at OHS last year, while adapting to daily OHS vernacular such as Adobe Connect and Canvas and going through what seemed like endless ice-breaker questions, I found myself seriously contemplating an unexpected question: Why are there so many ballerinas at OHS?

Of course, in hydra-like fashion, my mind branched out and propagated other questions: Did I have the same kind of schedule as ballerinas at OHS? Did I have anything in common with ballerinas? Was OHS secretly harboring a subversive collective of graceful ballerinas like those in the heavily-stylized, neo-noir action thriller, John Wick 3?

As luck would have it this year, writing for the OHS Observer has given me the chance to address these curious questions and consequently, has allowed me to get to know not one, but TWO, fellow classmates— who both happen to be…ballerinas.

ENTER STAGE LEFT Lorelei Wright ‘23 and Madeline Wright ‘23. Both are full-time OHS students and are ballerinas. They also happen to be twin sisters. The triple-threat combination of OHS, ballerina, and sister actually runs deep in their family because their older sister, Cassandra, is currently a senior at OHS and is a ballet dancer herself. Cassandra is credited to have significantly influenced Lorelei and Madeline’s school and ballet journeys. Even from the time the two younger sisters were toddlers in tutus, Cassandra has stood out for them as both muse and forerunner. With obvious admiration, Lorelei says, “I was greatly inspired by my older sister Cassandra…Cassandra was the epitome of the perfect big sister to my young mind…. Cassandra would show us how to perfect our technique with constructive criticism, and she was always there to help us through the most frustrating days.”

Just as Madeline and Lorelei mirrored their older sister’s arabesque, echappé and grand jeté forms, the esteemed Cassandra was also pivotal in influencing the twins’ decision to attend OHS. Madeline says, “My older sister found OHS when looking at high schools to go to. Lorelei and I both saw the type of engaging and in-depth classes at OHS and applied for 8th grade.” Lorelei adds that the decision was based on Cassandra’s own experience and “how fun it was for her.” Although the salient word “fun” in this comment stands out for me in particular, Lorelei provides a more thought-out rationale for coming to OHS. She says, “I started…as a part-time student because I craved the social aspect that I was worried I would lose [at a brick-and-mortar school]…but the brick-and-mortar school I was planning on going to was going to make me take six extra classes…so I ended up frantically signing up at a different online learning program for my missing class. After that ordeal, and seeing the social aspects at OHS, I knew being a full-time student was the way to go. By going to OHS, I can start classes earlier, and focus more time on my dance training while still getting a top-notch education”.

Despite having a deep-seated joy and passion for the art form, Lorelei and Madeline disclose that they have, at times, faced challenges to their ballet raison d’etre. It appears that testing for “pointe shoes” (which includes a year of rigorous physical activity and severely affects having a social life) has the potential to make an aspirational ballerina think of quitting. Both Lorelei and Madeline mention the difficult process that made each of them evaluate whether the performance art was worth the painstaking physical and emotional investment.  Madeline experienced disheartening moments with the testing itself and Lorelei began to wonder “if ballet was her true passion, or if it lay elsewhere.” Despite their personal and existential battles during this testing period, both sisters showed grit and found success in obtaining those elusive shoes—the shoes that now demonstrably have more meaning beyond their iconic look than people realize. Reaching the light at the end of this testing tunnel was enough to solidify and reaffirm the love they have for the art—it also made them appreciate the camaraderie of their kindred ballerinas on a deeper level.

Learning the narrative of their ballet journeys is certainly motivating, but it would be remiss to omit details of Lorelei and Madeline’s current and active lives—they are very busy and appear highly adept at juggling multiple activities. A typical day for both of them includes waking up at an unholy hour for either a 6am or 7am class, going through a day of other classes and homework followed by several hours of afternoon ballet practice. “Before COVID, I was doing ballet closer to 20-30 hours a week,” explains Madeline. Both Madeline and Lorelei use Sundays—their one non-scheduled day—as a day to relax, catch up on schoolwork, enjoy boba tea (Madeline) or extra sleep (Lorelei)—but this is all contingent on not having any performances scheduled. In the other pockets of spare time they find, Lorelei enjoys swimming (she was the fastest 200-meter relay swimmer at one time) and has a specific love for studying history and family law. Lorelei is also a member of the OHS Yearbook club and will help run OHS’s Girl-Up this year. And if you didn’t think Madeline’s ballet schedule was physical enough for her, Madeline actually participates in even more physical activities that include “hip-hop, jazz, karate, and swimming classes”. Their secrets in keeping all these things in balance as OHS students? “Using a planner,” “getting assignments done earlier rather than later,” “taking notes on real paper,” and “using the Writing and Tutoring Center.”

Overall, what started as a novel contemplation and curiosity about ballerinas for me has ultimately led to a revelation: I actually have more in common with ballerinas (at least these two OHS ballerinas) than I initially thought. Although I am the last person you will see doing a proper pirouette, a lighting round of short interview questions (posed to the three of us at the same time) reveals some of our lifestyle commonalities. The following not-very-scientific chart displays the results of those questions: 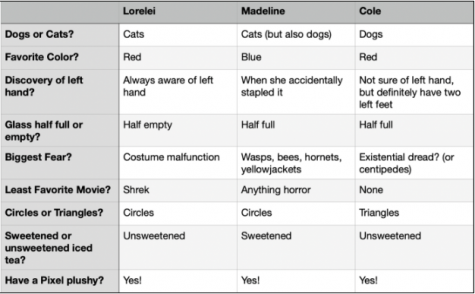 Lastly, many of you might be wondering whether Madeline and Lorelei provided a believable answer to dispel my concern about OHS possibly harboring a subversive collective of ballerinas. Although Lorelei and Madeline have all but assured me that there is no such collective (spies or assassins) at OHS, their answers appear “piscatory” in nature (fishy) and bear resemblance to the deny-type strategy often used in politics. Their responses may cause some alarm, but they are available for your own contemplation:

Lorelei says, “No, we are not part of a super-secret group of spies or assassins, though, with the amount of time I spend at the ballet studio I am not surprised people think that. Ballet dancers have a lot of seemingly innocent weapons, including pointe shoes (they are VERY dangerous), giant ballet bags, and numbing spray that stings like nobody’s business.”

Madeline says, “I don’t know of any OHS ballerina spy training programs yet, but let me know where to apply!”